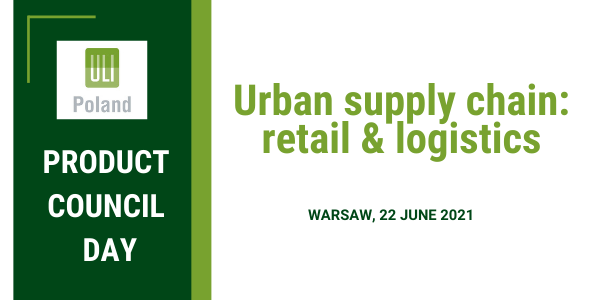 Urban Supply Chain Product Council is in person, non-formal meeting point for industry professionals, members and guests, with vested interest in retail and logistics sectors. The host of the meeting is Cushman & Wakefield.

Topics to be discussed:

For safety measures and to keep the small number of participants the meeting is by invitation only.

Thank you to the ULI Poland Corporate Partners for their support!

view map Will open in a new window Karol Bartos has nearly 15 years of professional experience in asset management, development, investment, leasing and finance in Poland and European markets. He took his position of Group Head of Asset Management at Atrium European Real Estate in March 2018. Mr Bartos is charged with the responsibility of building the long-term development strategy of the company’s portfolio of commercial centres, and cooperating with teams in Poland, the Czech Republic and Russia to implement leasing and investment plans. Prior to joining Atrium, Karol was an Executive Director at Tristan Capital Partners in London, where he was responsible for asset portfolios in Central and Eastern Europe, Scandinavia and Germany. In his career he managed projects with a total value of over €3 billion, these being Rondo 1 in Warsaw, Warsaw Financial Center, Karolinka and Zakopianka shopping centres in Opole as well as the retail development projects of Kronen Vanlose, a shopping centre in Copenhagen, and the Royal Bavarian hotel in Munich. Karol Bartos is a member of the Royal Institute of Chartered Surveyors (MRICS) and a Certified Commercial Investment Member (CCIM). He completed his master’s studies at the Warsaw School of Economics.
View in Member Directory Will open in a new window 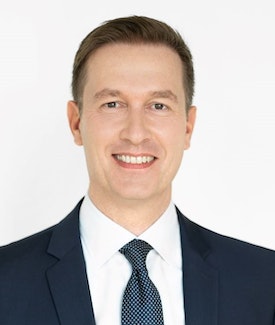 Soren leads the capital markets team and is responsible for providing investment consultancy & advice for investors in the sale and acquisition of commercial properties in office, industrial and PRS sectors. Soren has 19 years of senior management and real estate experience in Poland. He joined Cushman & Wakefield in September 2011. Prior to that he was Head of Asset Management Poland for Aberdeen Asset Management, managing a €450m office portfolio. During 2002-2008 Soren worked for Bank BPH (Bank Austria Creditanstalt) and BRE Bank (Commerzbank).
View in Member Directory Will open in a new window 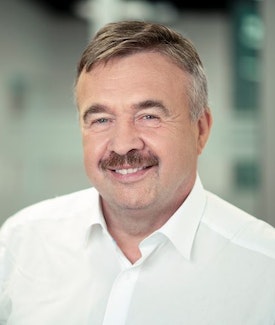 Jacek has 30 years’ experience in the retail, office, and residential real estate market. Since 2016, as Managing Director of Trei Real Estate Poland, he has been responsible for the company's investment and development activities. He has overseen the rapid development of the Vendo Park retail park chain. He also manages Trei's retail portfolio, which includes 128 properties. Since 2019, Jacek has headed Trei Residential, which has two developments currently under construction, in Wrocław and Łódź. The two projects will deliver a total of 830 units. Further plans include developments in Poznań, its first PRS investment in Poland, and Warsaw. In total, Trei will build 1,350 apartments in these four estates. Jacek Wesołowski is an active ambassador for small retail formats. In 2019, Trei launched the first annual retail park market summary in Poland, published in cooperation with consulting companies. In the face of the Covid-19 pandemic, Jacek Wesołowski was one of the initiators and representatives of the retail park owners’ community, operating in Poland, to hold talks with tenants. Negotiations were held with 38 chains and companies representing over 900 stores in more than 200 locations. The agreements reached allowed tenants to reopen their stores by the end of May 2020. Before joining Trei, Jacek was responsible for the success of the first downtown shopping center KLIF in Gdynia, and followed it up with the Silesia project in Katowice and Tarasy Zamkowe in Lublin.
View in Member Directory Will open in a new window Łukasz is Head of Capital Markets who, along with the Executive Committee, helps equity partners find and execute the best real estate investment opportunities. Łukasz is responsible for building an investment pipeline for private equity partners. He sees his role as adding value to their partnership by undertaking detailed analysis, creating recommendations for all strategic stages, and securing that the transaction process is managed end-to-end. He supervises of Capital Markets Team. Before 7R, Łukasz worked at Neo Investments for over four years, where he gained experience in private equity and at Colliers International, where he was responsible for asset management, for two years. In the role of Senior Associate at the former company, he was fully involved in all aspects of the transaction process, including valuations, reviewing documents, preparing financial models, negotiations, interfacing with investors and third parties. As an Asset Manager at Colliers, he partnered with key clients, e. g. Standard Life Investments, UBS Real Estates, Pramerica.
View in Member Directory Will open in a new window 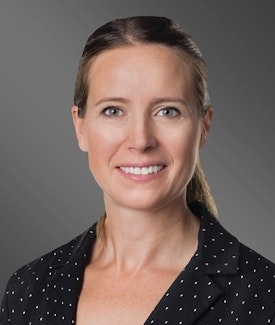 Agata Jurek-Zbrojska is a partner based in Warsaw. She is a qualified legal advisor and holds a master’s degree in economics. She has more than 15 years of experience in advising clients from around the world on the CEE real estate market. During her career she has also gained experience in other jurisdictions, i.e. in Germany and Spain. Agata has participated in the biggest transactions on the Polish market as well as in many cross-border transactions in Europe. The value of the transactions she has advised on amounts to billions of Euro. She specializes in real estate transactions. She helps clients to strategically structure real estate deals and prepares joint venture contracts. Agata has advised many developers, banks, financial institutions and investment funds on legal issues related to the construction process, including the drafting and negotiation of development management contracts, building contracts, agreements with architects, and key lease agreements. She also advises on renewable energy projects, including development agreements related to the sale of wind farm projects. Agata constantly seeks to expand her knowledge of economics. She has lectured at the Warsaw School of Economics, where she also completed her doctoral studies, during which she analyzed the economic and legal aspects of urban revitalization projects. In her free time Agata enjoys sport and art. She does CrossFit to keep her energized every day. During vacations she loves to ski and kitesurf. She is a big fan of surrealist artists.
View in Member Directory Will open in a new window