Online This webinar will be hosted by Zoom. UNITED KINGDOM
This event is available to Full Members only.

*Not a member? If you join one of our ULI Europe webinars and become a member within 10 days of the event, we will credit back to your ULI account your non-member fee for that webinar. Credit will remain on your ULI account for one year and can be used against any other paid for activity excluding membership payments.
View Event Attendees

In this webinar, our panel of industry experts took a closer look at the ways that the nature of city centres has been impacted by the global pandemic, and the opportunity that has arisen to transform them into mixed use, multi-functional urban environments.
This webinar has now taken place and can be viewed here on ULI's Knowledge Finder.

Webinar Series
This was the third webinar in the 2021 series looking at "Reshape: Evolving Real Estate Formats To Meet Consumer Needs"

Join one of our webinars on the central theme of "Rebuild, Reshape and Rethink: Preparing for a new built world". We will explore each of these concepts through webinars grouped into series, including: James has been CEO at Quintain since October 2019. He was previously Chief Operating Officer and has been a main board director since 2017. During his 13 years at Quintain, James has led the repositioning of Wembley Park from an events destination to an exciting new residential neighbourhood for London. He leads the strategic direction for the overall development and place making that has led to dramatic reconsideration of the area, the creation of the UK’s largest BTR estate and the transformation of the retail and entertainment opportunities Prior to joining Quintain, James was Chief Marketing Officer at The Cloud Networks and Brand Director at Coca-Cola Great Britain. He holds a Sloan Masters from London Business School, a Law Degree from Cambridge University and is a barrister-at-law.
View in Member Directory Will open in a new window Rebeca Guzman Vidal is the group head of retail at international investor, asset manager and developer Chelsfield, where she works on retail strategy across a global portfolio that spans gateway cities including London, Paris, New York and Hong Kong. Chelsfield is currently redeveloping a third of the 3.5 acre Knightsbridge Estate, a mixed-use, retail-led portfolio in London, on behalf of owner The Olayan Group. Rebeca is heavily involved in bringing new retailers to the development and leveraging relationships that cross over into the Paris and New York portfolios. More recently, she has also focused on refining the long term retail strategy of the portfolio to ensure its resilience as the world prepares for a global recovery. In Paris, Rebeca is working on projects on Avenue Montaigne that will significantly change the retail landscape of the Triangle d’Or whereas in New York she is working closely with the team in delivering a best-in-class amenities and retail strategy for the redevelopment of 550 Madison Ave., a Philip Johnson-designed tower that has been completely re-imagined by the ownership team including delivering the largest public green space in the Plaza District in recent decades. Prior to joining Chelsfield, Rebeca worked at CBRE where she was part of the London retail advisory team working for some of London’s major landlords including Grosvenor, The Crown Estate, Cadogan Estate and Great Portland Estates. She specialised in luxury assets and worked on a number of high-profile placemaking schemes including Regent Street, Sloane Street and Mount Street. She started her career in the Barcelona office and subsequently moved to London and later Hong Kong. Throughout her experience, Rebeca grew more enamoured with global retail and regularly visiting key “gateway cities” to check out the latest store and restaurant openings. In her free time, Rebeca typically enjoys travelling and is a real foodie, so will travel for food, a neat combination. Since the Covid crisis started she has been living in London and turned her attention to starting a “positive talk only” retail podcast with two co-hosts who also work in retail real estate ironically called “Retail is Dead” as well as cooking new recipes and religiously working out both at home and where permitted in gyms too as a fervent supported of local gym group Third Space.
View in Member Directory Will open in a new window 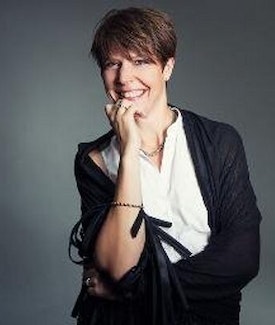 Kathrine previously worked for Nordisk Film, DRRB (the Danish marketing association) and a retail chain where she managed and negotiated hundreds of leaseholds in Scandinavia before she started up the retail chain in Poland. Kathrine started reteam in 2001 together with Lasse Brodén. When she is not creating strategies for clients retail destinations – her mind is focused on how to implement trends in our societies at retail destinations. Kathrine has previously been Chairman of PRCH’s (Polish Council of Shopping Centers) Retail Research Forum. Since 2015, Kathrine has been a member of KFI’s Think Tank. KFI are giving financial support to projects in the grocery industry in Denmark, The Think Tank has to help the fund to understand trends for groceries as well as the development of the society, consumer behaviour etc. Kathrine is also board member of several companies.
View in Member Directory Will open in a new window As an urban planner by profession, Brigit Gerritse worked in the commercial real estate industry for over 30 years with companies such as Cushman & Wakefield, Unibail-Rodamco-Westfield and Klépierre. Since 2013, she has been Managing Director at the Dutch Council of Shopping Centers (NRW), now renamed Kern, having changed its focus to city centres and neighbourhoods. Kern was chosen as the new name and vision for the NRW, because the borders of definition and function between property sectors such as retail, horeca, offices or logistics, are blurring and breaking down. Kern is the knowledge and networking centre for real estate professionals who are increasingly seeking holistic solutions for the future hearts of our communities in cities, towns and villages. Brigit combines her role at Kern with her role at the Dutch Department of Economic Affairs as Programme Manager for the Retail Agenda.
View in Member Directory Will open in a new window

ULI Poland Places+Spaces: THE FUTURE OF BUILDINGS - What does it take to build a net zero building?